Baldis Basics In Education and Learning


Baldis Basics In Education and Learning

Baldis Basics In Education and Learning is not your average horror game. Initially inspired by games from the early 1990’s the game mixes math puzzles and jump scare to entertain gamers.

You must escape the clutches of Baldi by answering mathematical equations, collecting seven notebooks and evading Baldi’s loyal friends. Once you learn his friend’s behaviors the easier it will be to escape.

However, it takes more than just a quick whit to stay safe. Additionally, it takes some school smarts to find your way out. The more mathematical equations you get wrong, the angrier Baldi gets. Consequently, now that he is angry he will do anything to keep you in class.

As you navigate the endless hallways of the school, you will find objects that you can use to your advantage. Finally, these items will keep you from those close calls from getting caught.

Primary controls for Baldi’s Basics are WASD keys and mouse controls. For example, the mouse steers you through the maze of school hallways as well as choose and use items.

Keyboard functions like WASD help with navigation whereas space bar allow you to peek behind you.

Micah McGonigal had no idea that his award-winning Meta Game Jam Game would be downloaded over one million times. In fact, the viral phenomenon keeps the gameplay simple but includes addictive gameplay with strategic horror game features.

McGonigal hopes to turn the simplistic game into a professionally detailed game. Moreover, he wants to achieve this by including a new soundtrack and more polished 3D rendering. The game is unique and simple in many ways. However, it has similarities to games like Hello Neighbor and Five Nights at Freddy’s. 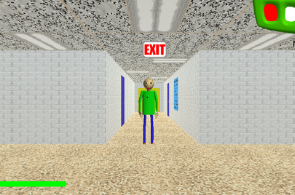 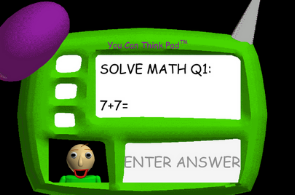 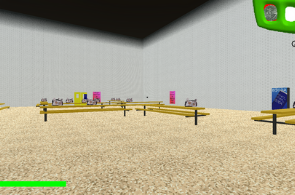 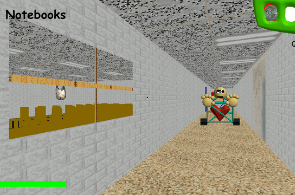